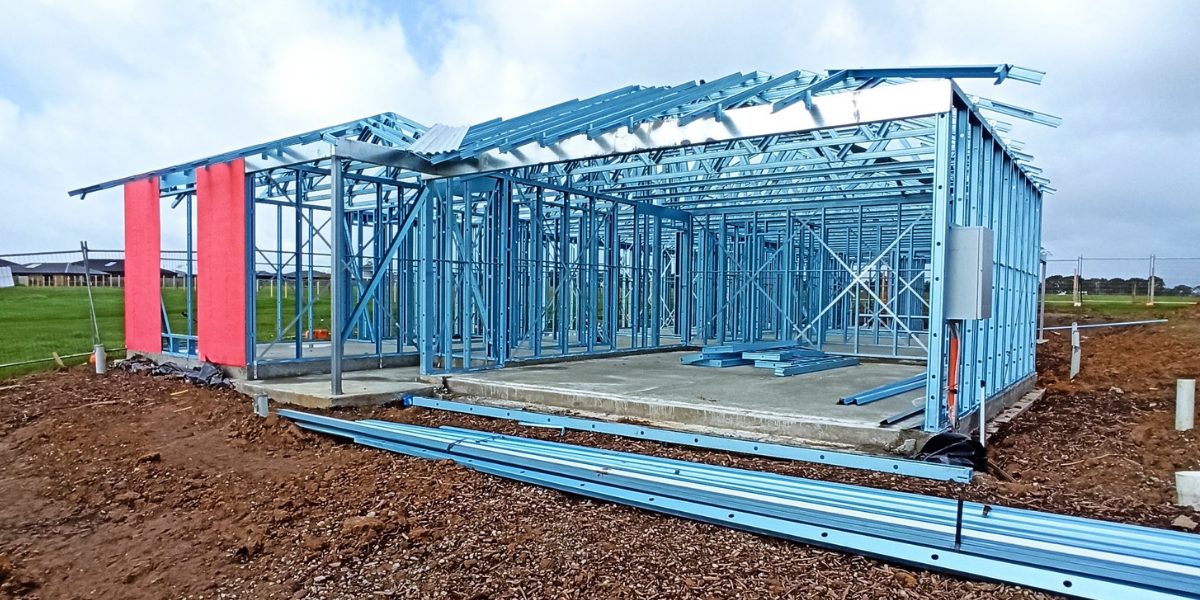 With a few inexpensive upgrades, this Bank Australia customer was able to increase the energy star rating on his new home, making him eligible for our Clean Energy Home Loan. We have a chat about how easy it is to go green, and how clean energy can save more than the planet.

When Matt Balmain first started investigating ‘clean’ home loans to fund the build of his new home, he struggled to find one. He came across Bank Australia’s Clean Energy Home Loan almost by chance.

“I went to Bank Australia because they did loans with the First Home Loan Deposit Scheme, which I was eligible for through the government,” he says. “So I chose them.”

The First Home Loan Deposit Scheme is an initiative from the Australian government, making it easier for first homebuyers on low to middle incomes to purchase their own home, often with a deposit of as little as 5%. The scheme removes the significant cost of Lender’s Mortgage Insurance, an expense that’s usually payable on deposits less than 20%.

In the initial planning stages of the build – a four bedroom, two bathroom family home on a 650sqm block in Traralgon – Matt applied for a standard home loan. But when he started looking at what energy efficient features he wanted to include, like double-glazing and insulation, he was able to convert that loan into Bank Australia’s Clean Energy Home Loan.

By default, all new housing in Australia must have a minimum six-star energy rating. However research has shown that four out of five new property builds are just barely meeting their energy targets, with minimal thought given to sustainable (and cost-effective) outcomes.

But with a few upgrades here and there, it’s not hard to meet – and beat – those targets.

“At this point of the build, it’s pretty cheap and easy to add in double glazing, solar hot water systems and insulation in the walls,” Matt explains, adding that he was able to get his star rating up to 7.2. An initial investment of a few thousand dollars now will see huge savings in the future, with some suggestions that making your home more energy efficient now may boost the value of your home down the line.

“Because of the uncertainty of utility prices, it makes a lot of sense to build an energy efficient house at the moment,” Matt says. “When you’re at the early point of building, to have that flexibility to design it in such a way that it’s going to be as cheap to have going into the future.”

Bank Australia’s Clean Energy Home Loan provides a discount to customers who plan to buy or build green homes, or make ambitious green upgrades to their homes. To qualify, the home you’re building or buying must have a NatHERS rating of seven stars or higher.

Matt says applying for the loan was easy. When he received his energy-rating certificate – documentation you get during the drafting stage of the building process – he emailed it through to his home loan consultant at the bank, and it was approved within a few days.

Building a sustainable home is important to Matt for a number of reasons. First and foremost, it’s better for the planet to be using less electricity and gas, when you could be utilising renewable energy, like solar, instead. “It just seems like the logical thing to do,” he says, referencing the support of the government via its solar rebate scheme.

Cost played a huge part too. “Building sustainably is just cheaper, which I don’t think a lot of people realise,” he says. “In five or 10 years, it’s just going to keep saving me money.”

The build of Matt’s new home is about halfway through, and he’s looking forward to moving his family in just before Christmas. “Anyone look to build sustainably should ask their bank questions, and see what they can offer,” he says. “A lot of people don’t think about sustainability as much as they should when they’re building a house.”

Talk to one of our advisors to find out how Bank Australia’s Clean Energy Home Loan could help you build the sustainable home of your dreams.