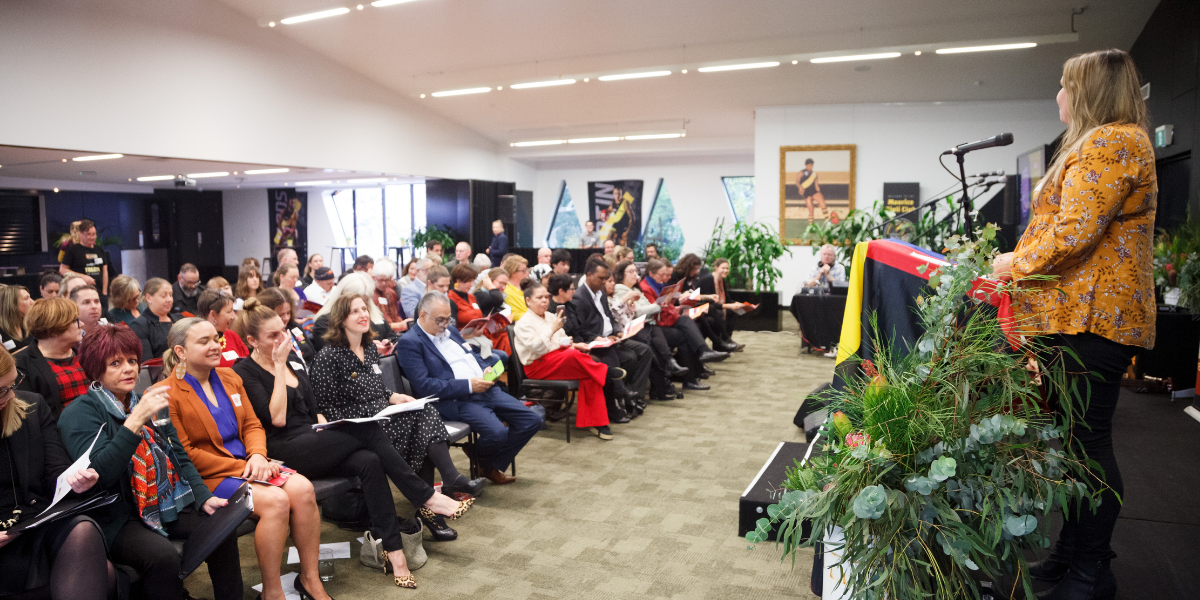 Why Reconciliation is important for Australia to get right

Australia is the only country in the Commonwealth that doesn’t have Treaty with its First Nations Peoples. We talk to the organisation working to change that.

The theme for this year’s NAIDOC Week is heal country. It calls for all of us to continue to seek greater protections for our lands, our waters, our sacred sites and our cultural heritage from exploitation, desecration, and destruction.

Yet despite thousands of years of living on Country, raising families, storytelling, farming and managing the land, Indigenous Australians still don’t have Treaty with our government. And while we’re edging closer to reconciliation between Indigenous and non-Indigenous Australians, there’s still a way to go.

Reconciliation Victoria is working to change that. With three strategic arms in local government, education and community, they are the statewide body promoting reconciliation throughout Victoria.

“Reconciliation is really important for us all moving forward together,” says Otis Heffernan-Wooden, a project officer with Reconciliation Victoria. “I just don’t feel like we’ll be whole, as a country, until we address the historical injustices that this country was founded on.”

The first grant was used for a Treaty campaign strategy, to help non-Indigenous Victorians understand and support the state’s Treaty process. The second round of funding will be used for a Treaty Engagement project, and will inform and engage Australia’s non-Aboriginal community, promote the importance of Treaty, and raise awareness of how Treaty benefits everyone.

“We spoke with a really broad range of stakeholders, both Aboriginal and non-Aboriginal, to develop these strategies,” Otis explains. “Anything a non-Aboriginal person does in this space needs to be guided by Aboriginal voice. Supporting Aboriginal people, and including the diversity of views around Treaty, is really important.”

Bank Australia also provides funding for the HART (Helping Achieve Reconciliation Together) Awards, which recognise excellence in reconciliation across local government, education and community. This year’s winners in the Local Government category were Mildura Council, who held a Corroboree celebrating Aboriginal culture, language, performance and food.

In the Community category, the Victorian Aboriginal Community Controlled Health Organisation (VACCHO) were highly commended for their entry; after the bushfires earlier this year, they arranged a visit for a group of Indigenous healers to fire-affected areas to provide support and advice to Aboriginal communities. “The program was such a success that they opened it up to the whole community,” Otis says. “In the wake of the bushfires, a whole lot of non-Indigenous people took part in these traditional healing sessions as well.”

To celebrate NAIDOC Week, from November 8-15, Otis suggests non-Indigenous Australians do one thing: find out more about the history of the land you live on. “Maggolee is a website run by Reconciliation Victoria,” he says. “It’s intended as a resource for local councils, but everyone finds it really useful. There’s tailored information about each council area in Victoria, including information about traditional owners and Aboriginal organisations operations in that area.”

In 2010, Bank Australia became the first customer owned bank to develop a Reconciliation Action Plan (RAP). Our focus over the past 10 years has been taking action to improve cultural awareness, build capacity and empower individuals through traineeships and community leadership programs. Find out more about our road to reconciliation here.