24 May 2022 - Update on contact centre wait times: Recently our customers have been experiencing unusually (and unacceptably) long waiting times when calling our contact centre. We apologise for this inconvenience and are taking important steps to improve. Read more here. 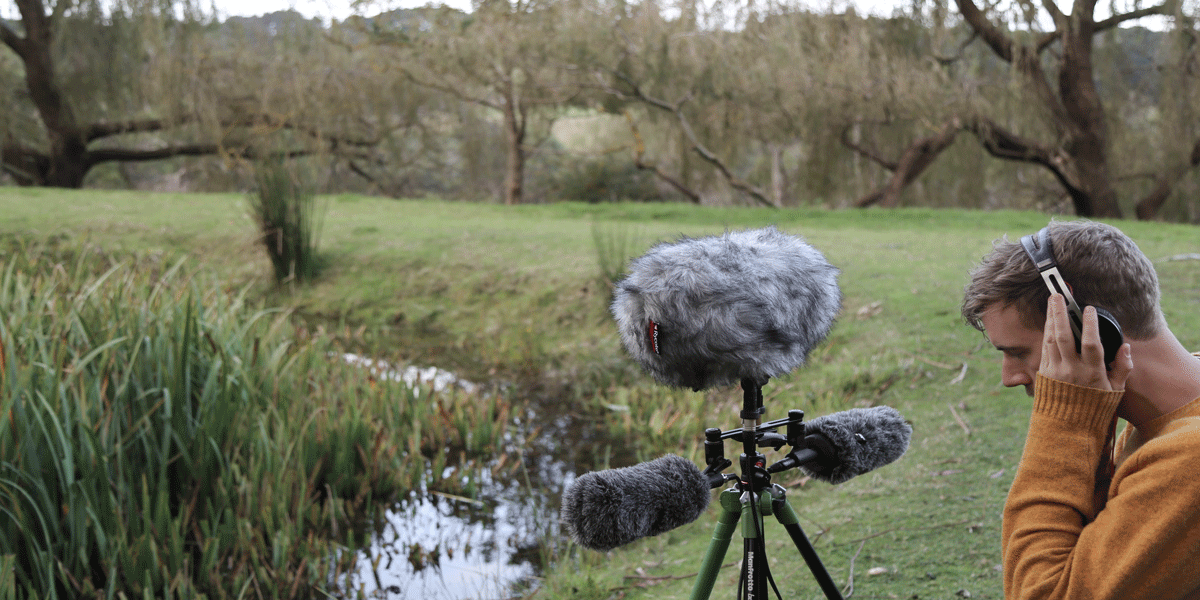 Why this musician recorded an album for his bank

Those of you who’ve listened to it will know that it isn’t, musically-speaking, a ‘traditional’ album. We didn’t get Casey from corporate affairs on the drums, nor Sarah from our social team on bass, or Damien (our CEO) on vocals. (Although, that would’ve been a bit of fun…)

And while dropping the hottest album the Australian financial sector has ever seen will make a tidy addition to our resume, this album means a lot more to Bank Australia than that.

Recorded by Melbourne music man and Bank Australia customer Tom Day, a successful producer in his own right (with his mellow brand of electronica, reminiscent of Cinematic Orchestra, streamed millions of times on Spotify alone), this album gives the microphone to Mother Nature. Specifically, Mother Nature as she resides in our conservation reserve in Minimay, Victoria.

And what a voice she has.

“It actually came completely out of nowhere,” says Tom. “We just teed up a weekend to go to the reserve and do the work. The bank had some photography and video in the area, and they wanted something to help give customers – who are part owners of the reserve too – an idea for what it sounded like out there.”

For Tom, recording the four tracks that comprise the Sounds of the Conservation Reserve album (with titles such as ‘Before Dawn’ and ‘Magpies at Minimay’) presented him with an opportunity to reconnect a little with Australia’s wild heart. “It’s almost a spiritual feeling, deep down, from being on the land,” he says. “It’s something you just can’t describe, something that you get from being on untouched native Australian bushland.”

Tom, who joined Bank Australia a few years ago in a bid to divest from the fossil fuel and live export industries (“It’s such an easy thing to do, to change banks – but it can make a huge difference,” he says) has long used atmospheric and more natural sounds in his music. He initially employed the technique as a way to make his tracks more recognisable – so people could listen to something, and “know it was a Tom Day track” – but the more he did it, the more he realised how these sounds can speak to people in a way they might not expect.

“I think the sounds tap into an inherent feeling that we get when we’re out in the country,” he explains. “Whether it’s from temperate rainforests in the high country or the ocean beaches, you just feel this unexplainable energy from it. So when people are sitting at their desk, or they’re in the city, hopefully my songs can serve as a form of escapism from the daily grind.”

With Sounds of the Conservation Reserve, Tom hopes Australian listeners – particularly those who live in urban areas and perhaps can’t get out into the bush as much as they’d like – will be able to find a few moments of peace, and be reminded that Australia is so much more than just our cities, our workplaces, our concrete slabs and our lattes.

Listen to Sounds of the Conservation Reserve on Spotify, and keep up with Tom Day on his website and Instagram.