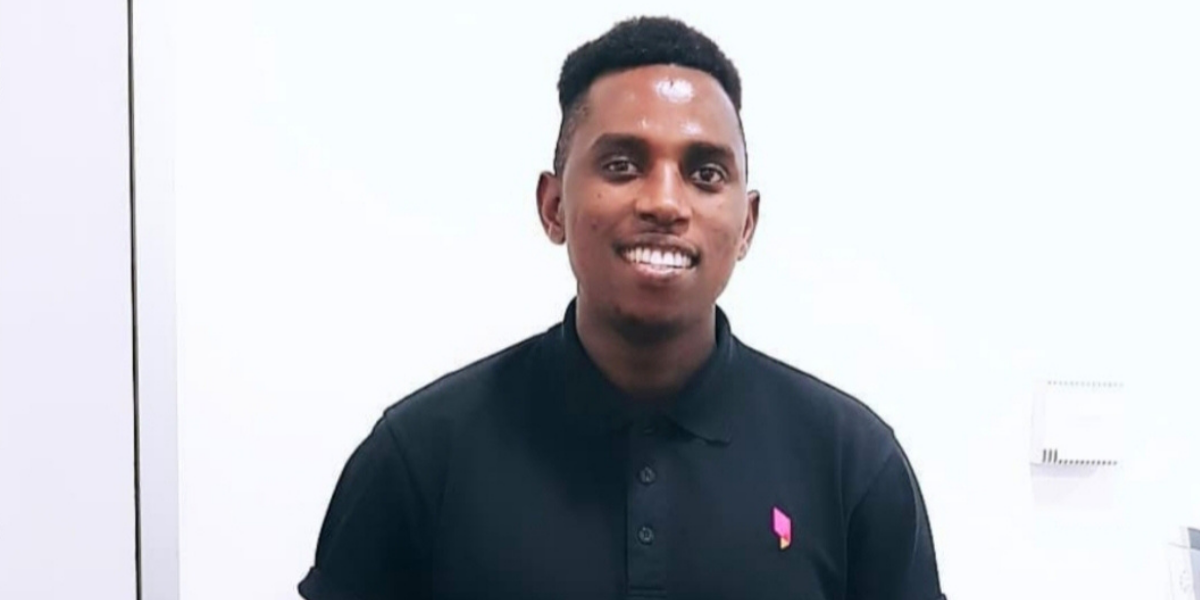 November 24, 2021
October 15, 2020
Emmanuel Dusengumuremyi grew up in post-genocide Rwanda but his positive attitude and desire to help others motivated him to move to Australia to pursue a career in banking. And now, he’s part of the Bank Australia family.

Emmanuel Dusengumuremyi grew up in Kigali, the capital of Rwanda, after the horrific events of the 1994 Genocide against the Tutsi.

“Growing up after the genocide was challenging, but it wasn’t something I was facing alone,” he says.
“Many kids of my generation faced the same hardships and difficulties.”

Despite the challenges, Emmanuel always remained positive. He completed his high school studies and did an undergraduate degree. He became fluent in French. And then he got the opportunity to come to Australia.

“I was taken care of by an American couple and they wanted to invest in my education,” he explains. “They thought I should study English so I would have more opportunities, and that’s when I decided to come to Australia.”

Emmanuel Dusengumuremyi arrived in Australia in 2017, moving to Brisbane where he spent six months studying English, and then got his masters in Business Marketing at Central Queensland University. After graduating in December 2019, he started to pursue work opportunities. And then, the pandemic struck.

“It was very challenging,” Emmanuel remembers. “Everyone was losing their jobs, I didn’t have any experience, English was my second language.” Emmanuel estimates he sent around 500 job applications, and got very few answers. “When I did hear back, they were all ‘Unfortunately, we’ve chosen someone with more experience’.”

But these setbacks didn’t dampen Emmanuel’s spirits. He saw a job with Bank Australia in Melbourne and decided to apply.

“I knew that moving to Melbourne was probably going to be hard for me,” Emmanuel says. “But I said to myself ‘Let me do my best – I think I’m going to get an opportunity there’. That’s why I’d encourage people not to give up, because there’s no story after you give up. You need to keep moving.”

Emmanuel had an interview with the bank, and was offered a 12-month internship. He was excited not only to have been offered a job, but also to be working with a company whose values aligned so closely with his own.

“I was very excited to be part of a bank that isn’t there to make money, but to try to change people’s lives.”

Emmanuel’s role in the financial services team is primarily around assisting customers setting up accounts, giving general advice about financial goals, and chatting about self-service and business banking and other related inquiries. One of the best aspects of his job is when he can see he’s made a difference in someone’s life, and seeing customers smile. “It’s amazing when I see how a customer responds and reacts to the support I’ve given them,” he says.

He also appreciates the support of his team, and how vibrant and interactive the workplace is. “Every morning I wake up and think ‘I want to go to work today’. It inspires me and makes me happy to work with Bank Australia.”

Emmanuel is looking forward to learning more in his current role and is hopeful to move into a management role at the bank, where he’d have the opportunity to continue working with customers while supporting a team.

“I live to motivate people,” he says. “I think everyone can achieve something and everyone can get somewhere. Every successful person has gone through failure before they’ve succeeded.”

Find out more about work opportunities with Bank Australia here.