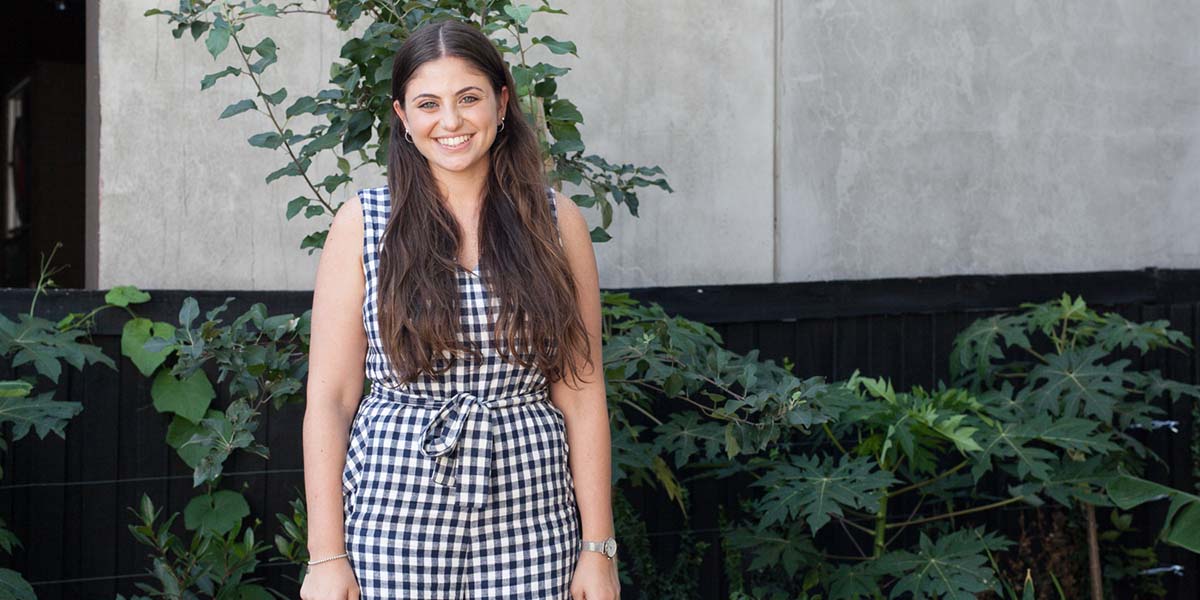 Are the days of letting mainstream media dominate refugee discourse over?

November 30, 2021
March 25, 2019
The refugee narrative in Australia is often dictated by the mainstream media. But now, a new project aims to equip people from refugee backgrounds with the skills they need to tell their own stories and reclaim that narrative for themselves.

Jeanine Hourani was born in Bahrain, but she was not born Bahraini. She’d inherited refugee status from her Palestinian father, who’d inherited it from his parents. Jeanine was third-generation stateless. And despite arriving in Australia in 1997, on her third birthday, to begin a new life, Jeanine Hourani had been ashamed of her refugee background for as long as she could remember. “Predominantly because of what was being said by the media and politicians,” she says. “And the Australian public just seemed to blindly follow and believe it.”

That shame lasted until she was 20 years old, which was around about the first time she told someone her story. It was a process, simple though it may seem, that completely changed not only how she felt about her past, but how she’d use her story to help define her future. “I realised the power that my story, and other refugee stories, had,” she remembers. “I think the more stories we get out there, the more likely we are to overthrow the negativity that permeates Australian society and move towards a more inclusive Australia.”

True to her word, Jeanine is now working with Road to Refuge ­– an Australian non-profit that has helped provide platforms for refugees since 2012 ­– as director of the brand-new ‘In My Own Words’ program.

The initiative, funded in part by a Bank Australia customer grant, is billed as Road to Refuge’s “most concerted effort to date”, and aims to teach people from refugee backgrounds the essential skills they need to not just tell their stories, but potentially kick-start their own careers in the media, too. “The program helps to catalyse this process by equipping participants with the skills and opportunities they need to tell their stories on their terms and in their own words,” adds Jeanine.

Running from early April through to May, the program will take participants through a series of workshops covering a range of essential topics centred around what it means to be a storyteller in 2019. As well as covering the written word, the program – which is completely free – will also take into account other mediums, such as filmmaking, photography and podcasts. It’ll include advice on how to navigate the media landscape, how to build a personal brand, how to pitch stories to magazines or journals, and even how to go about fundraising to help get a project off the ground.

For Jeanine, now is the time to start changing the narrative for refugees in Australia. “Given everything that's happening at a Federal level, the upcoming election will be really, really hard for refugees and our communities,” she says. “…we want to really broaden people's perspective of what a refugee story is instead of the single boat-people narrative that currently exists.”

‘In My Own Words’ will be facilitated by range of experts – including working journalists, filmmakers, writers, artists, photographers and more, and offer participants the chance to develop their own project throughout its course. “We want to encourage diverse methods of storytelling such as photography, written word, film, and all other art forms and storytelling techniques,” says Jeanine. “From this aspect, this program is the first of its kind.”

Fadak Alfayadh – a 26-year-old lawyer and community advocate whose family was forced to flee their home in Iraq during the 2003 invasion – can speak directly to the ways in which Road to Refuge is dedicated to going above and beyond for the people they work with. After realising, like Jeanine, the potential power of her own story, Fadak approached Road to Refuge in 2017 and asked if they could help her tell it.

Together, Fadak and Road to Refuge raised money for and organised a speaking tour ­– one that would see her visit communities all over Australia and tell her story. ‘Meet Fadak’, as it was known, became Australia’s first ever refugee-led speaking tour. “I just wanted Australians to see refugees as what they are ­– which is humans, with stories, just like them,” says Fadak. “I thought using a personal story would be powerful – a way to help everyday Australians access the bigger questions, and have something to relate to.”

For Fadak, the Australia that welcomed her with open arms some 15 years ago is not the same Australia we live in today. She’s seen the country’s welcoming nature deteriorate before her eyes, and she sees the sharing and dissemination of stories and the reclaiming of the refugee narrative, as an essential part of helping get Australia back on track. “I’d encourage people to reach out to Road to Refuge to help tell their story,” she says. “They have the skills and capacity to be able to do that. And as we come towards a Federal election, we need as many stories out there as possible.”

Road to Refuge’s ‘In My Own Words’ program will run from 4 April – 5 May in Melbourne and is open to anyone from a refugee background aged 18-25. You can apply now and find more information on the Road to Refuge website.